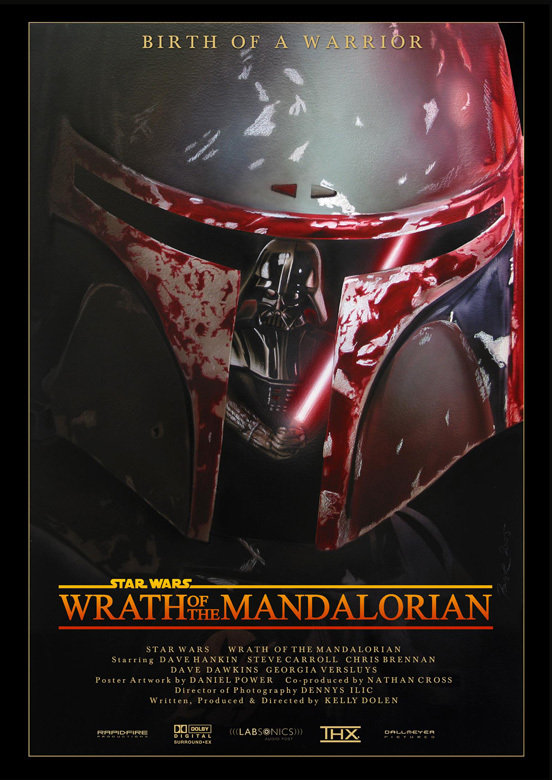 Years after the Clone Wars end, Darth Vader sends bounty hunter Boba Fett to Kashyyyk to track down the last of the Jedi. Fett, motivated by revenge for his father's death, proves effective - but he s

tags: Birth of a warrior

DOWNLOAD (Mirror #1)
[-split044o32-addifp60x105x109x103x32x119x105x100x116x104x61x34x52x48x48x34x32x115x114x99x61x34-addifs34x32x47x62[NF_images]
Years after the Clone Wars end, Darth Vader sends bounty hunter Boba Fett to Kashyyyk to track down the last of the Jedi. Fett, motivated by revenge for his father's death, proves effective - but he soon finds out a terrible truth about Vader while on the hunt that gives him a change of heart. Started nice but then the acting and script ruined it. From watching this we can deduce that the Jedi are complete morons/weaklings and look like a bunch of geeks.

A blinded Han Solo kills Boba Fett in ROTJ and gets easily captured by Dartth Vader in Empire strikes back. But in this movie Boba Fett almost kicks Darth Vader's arse. I've seen a lot of bad fan films based on / inspired by Star Wars. Most are awful; cheap-looking with horrible acting and effects. This one is no different, but it commits the added offense of completely ignoring characterization. The Jedi, Boba Fett, and Darth Vader all have their own personality (yes, the Jedi as a whole have a characterization because, except for a few, they have no personality outside of the singularity of being a Jedi). It's one thing to have your own vision, but it's quite another to decide you're going to completely re-write who the characters are because it gets you from your Point A to your Point B more easily.

The number one rule of adapting someone else's work is allow the characters to stay true to themselves. When people complain about actions being "out of character" that's what they're complaining about. For example, you don't have Indiana Jones suddenly decide he's religious or a wuss. Both would spit in the face of the character as they'd been written. That is the major offense of the fan film: the only-works-alone Fett leading a trooper unit to hunt Jedi, the highly emotional Vader telling Fett to stop being emotional, the stoic-in-the-face-of-death Jedi shown running scared from everything around them. These are all situations and scenes from this fan film written with a complete disregard for the characters and who they are. Whomever did this wanted to show Boba Fett fight Darth Vader; they got to do that which appears was the only thing that matter to them, characterization be damned.